Why President Obama Needs To Reframe The Wage Debate

Stagnant wages have robbed the American middle class of opportunity. Wage compression is why fewer Americans now believe they are middle class; remarkably, the share of Americans who self-identify as below-middle class has risen 60 percent since 2008 to near equivalence in size with those identifying as middle class. Horatio Alger has emigrated to Australia and northern Europe where wages and economic mobility are higher. The consequence is continuation of a trend that began in the 1980s where Americans need to pick their parents very, very carefully to have even reasonable odds of prospering as adults. Utilizing quintile income data, Julia Isaacs at Brookings and the Pew Mobility Project concluded that the only odds higher than a rich man’s son in the U.S. being rich himself three decades hence (40 percent) are the odds that a poor man’s son will be poor (42 percent).

You have just read the Obama economic legacy.

The President’s minimalist response is a wage agenda featuring more education, minimum wage hikes and the like. Good ideas all, but meek. In truth, his prospects for broadly-based wage gains hinge entirely on hopes that labor markets will eventually tighten – just more cyclical Republican trickle-down like in the late-1990s. That is why I have argued that historians regarding economics are certain to cast him as a James Buchanan figure rather than a Lincoln – a timid President kicking the wage issue down the road for a more visionary successor to solve.

A new agenda is needed that breaks the wage stagnation paradigm, a textured one that leans heavily on successful programs such as those in Australia and northern Europe. What is that agenda?

First, shareholder capitalism is responsible for deterioration in the composition of the American workforce. High value jobs are routinely exported, replaced by ones paying less with paltry benefits, many featuring on-demand part-time or contract work.

Second, U.S. wage stagnation is an aberration, with real wages in other rich democracies continuing to climb steadily. That is because U.S. wages are delinked from productivity growth. Not so abroad. The consequence, according to the U.S. Bureau of Labor Statistics, is that wages in 10 other rich democracies have leapfrogged American wages. Exchange-rate-adjusted American wages in manufacturing in 2010 averaged $23.32/hour. That ranked 11th globally, well below Denmark ($34.78), Switzerland, Australia, Germany and the like; these superior economies also feature quality, affordable university educations, health care plus retirement security. Moreover, unemployment in nations such as Germany is below the U.S. while labor force participation is higher. These data belie the argument that low American wages are the inevitable trade-off for handsome employment statistics.

Third, the U.S. corporate governance model incentivizes behaviors that Nobel laureate Edmund Phelps has labeled “short-termism,” with harmful consequences as explored by Harvard Business professors Clayton Christensen and Derek van Bever. Share prices and executive remuneration spike while R&D, investment, wages and labor force upskilling slump. Business equipment spending, for instance, since 2009 (5.2 percent of GDP) remains well below levels averaged since the 1960s (6.5 percent). And over a longer term, investment by nonfinancial firms in Australia and northern Europe has outpaced investment by American firms for nearly two decades. It is instructive that board oversight is far tighter at privately-held U.S. firms, forcing management to adopt longer time horizons: John Asker and Alexander Ljungqvist of NYU and Joan Farre-Mensa of Harvard found that publicly-held U.S. firms devote only 3.7 percent of assets to investment compared to 6.7 percent at privately-held firms.

The fourth reality is that the danger posed by secular stagnation has captured the imagination of economists worldwide. While the U.S. recovery is proceeding, economists such as Gauti Eggertsson and Neil Mehrotra in a study for the National Bureau of Economic Research document the longer term dangers to America of low growth from inadequate demand and production. Weak public and private investment is one problem. And other explanations include the effects of eroding wage shares and widening income disparities as argued in a briefing paper prepared by Sherpas for the November Brisbane G-20 meeting. Eroding wage shares is a particular problem because most rich democracies are wage-driven rather than profit driven in the terms utilized by Marc Lavoie and Engelbert Stockhammer in a study for the International Labour Office. They concluded that a 1 percentage point decline in the wage share of U.S. GDP reduces aggregate demand by .808 percentage points, the most severe marginal reaction of any rich democracy to rising disparities. 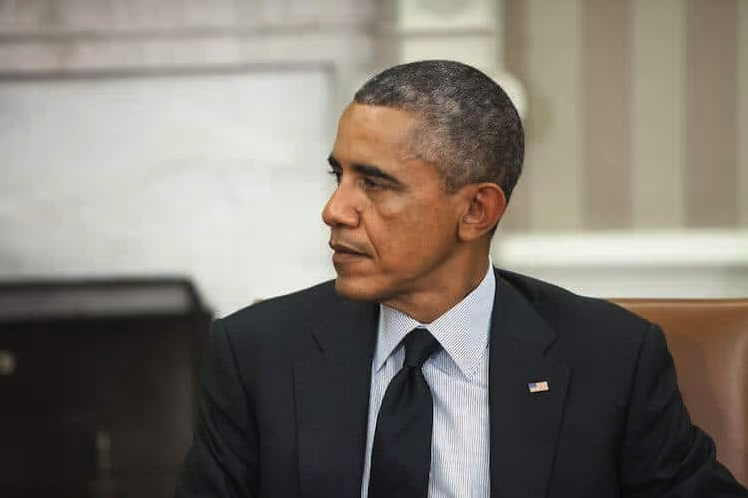 President Obama needs to reframe the wage debate in the US according to George Tyler.

These realities offer a target-rich environment for President Obama if eager to leave a visionary rather than a vacuous economic legacy. Moreover, they are promising foils for reforms capable of capturing middle class imaginations and votes, especially those of working class Americans. Two structural changes are needed to create an economy like those in Australia or northern Europe where wages are linked to productivity – changes that would enable most Americans to share in the gains from growth.

First, reform corporate governance. Short-termism is enabled by American board rooms. That means strengthening U.S. corporate governance as hinted by economists such as Robert Solow of M.I.T. must be a central plank of any wage agenda. Indeed, that reform is imperative in light of the centrality of public corporations as a state-sanctioned device to generate and sustain broadly-based prosperity. Corporate America is failing to widely broadcast the gains from productivity growth – and weak internal oversight is the reason. Governance remediation can draw on successful practices abroad, especially from Germany, the highest functioning capitalist economy on the globe.

Strengthening corporate governance hinges on a recomposition of boards of directors of U.S. enterprises. Compelling evidence of the potential offered by such recomposition is provided by the potent performance of German enterprises such as VW or Daimler whose supervisory boards are split between shareholder and employee representatives. Indeed, the weight of analytical evidence is that shareholders would benefit from a strengthening of American supervisory boards in mimicry of German-style governance, as documented by Larry Fauver and Michael Fuerst.

An immediate option involves pension funds whose trustees could play a pivotal role in strengthening governance. Funds such as Calpers could incentivize board recomposition through investment policies. And the Obama administration could facilitate that strategy by clarifying that board recomposition is a furtherance of trustees’ duty to invest solely in the interest of participants and beneficiaries.

Government can do more. It has a host of options involving penalties or incentives to induce board recomposition. And there are no legal impediments to establishing recomposition standards for firms licensed by states or even those incorporated elsewhere which nonetheless conduct considerable economic activity within a specific state. Thus, progressive state governments could and should become laboratories to explore a variety of those options. Indeed, states like California already have provided proof of concept: they have set the pace for some safety and environmental practices by the private sector subsequently adopted nationwide. And progressives in Congress could mimic German law by incentivizing all public corporations with more than 2,000 employees to recompose supervisory boards, with members drawn equally from shareholders and employees.

Second, institutionalize annual real wage increases. Governance reforms will help restore the link between productivity and wages. But Australia and the northern European economies have gone further by institutionalizing that linkage. Industry, region or national wage agreements struck by labor unions and employer organizations – monitored by the public sector – provide national templates for annual real wage increases.   Encouragingly, tentative approaches are being explored in the U.S. to restore that linkage. The Democratic caucus in the House of Representatives, for instance, endorsed legislation in 2014 to raises taxes on CEO compensation unless firms raised wages. The proposal permitted firms to keep taxes low by increasing wages by the sum of inflation and nationwide productivity growth. Democrats in California have been similarly innovative. American CEOs earn well more than 300 times the median wage of employees. That is an unwarranted windfall because the ratio is far lower in every other democracy. For instance, it’s 64 times in Australia. Democrats in the California State Senate set out to reduce that ratio by rewarding firms with tax cuts who cap at 100-fold higher.

These and similar efforts to relink wages to productivity also hold promise for easing the longer term risks of secular stagnation. Economists ranging from Paul Krugman to Lawrence Summers argue for more fiscal stimulus and public infrastructure investment as one means of boosting wages and output. And Adair Turner in the pages of the Financial Times recently even argued for such stimulus to be supported by helicopter (printing) money. The problem is that such approaches will raise wages only indirectly. Surely a more efficient approach is to focus on reforms that directly raise real wages and to do so in a structured setting that also incentivizes investment, R&D and productivity. Other rich democracies have figured out how to blend these goals and America can benefit from their experience.

A Visionary Obama Economic Agenda Will Reframe the Wage Debate

The wage issue bears on the great philosophical question of how broadly should prosperity be enjoyed in a democracy. Capitalism can provide for widely enjoyed prosperity, a position advocated by the President. Today’s Republicans disagree, evidenced by resistance to ballot and legislative initiatives and to union efforts in spots such as Tennessee to raise real wages. And they may also resist remediating corporate governance. The President has not been intimidated by partisan criticism in the past and should not be deterred from offering a visionary and expansive wage agenda. An additional concern is that the Democratic Party like the Republicans are reliant on campaign donations from large dollar donors, as noted recently by former labor secretary Robert Reich. That argues for a wage agenda which features incentives rather than coercion. The agenda outlined here are practical, proven steps to relink wages and productivity.

President Obama should use his bully pulpit to reframe the wage debate around this agenda and thereby establish a visionary legacy.