US: A Country Rooted in Unfairness

This article first appeared in The Globalist.

The COVID 19 pandemic is revealing the stark contrast in how working men and women are being treated in the United States and Germany.

Not just a tale about economics

What follows is not so much a tale about differing economic performances in times of unemployment. It is fundamentally a story about very different ways to organize a society and economy.

And, to be sure, amidst the current Depression-era increase in the U.S. level of unemployment, this dramatizes the reality that the U.S. economic model is a victim of its pay-to-play politics dominated by lavish donors.

Put conversely, the question is what good does it do a society if it organizes itself in such a manner that its elites always do well, with its broader population prospering less than comparable cohorts abroad.

Let’s start with the numbers

That difference is symbolized by the major disparity in current unemployment levels. While German joblessness increased from 5% to 5.8% in April, the first full month of the COVID 19 pandemic, U.S. unemployment jumped from 4.4% to 14.7%.

As in the United States, the German economic outlook is weakening. But despite comparable government assistance (about 20% of GDP), U.S. unemployment is more than double that in Germany.

We have been there before

This picture is replicating the experience of the 2008-9 global financial crisis. At the time, the German government’s policies and supportive German corporations proved remarkably effective in moderating its impact on workers.

Job loss in Germany was only one-third that of the United States and Germany’s economic recovery more than twice as fast.

German unemployment bottomed out during the Great Recession at 7.1% in the 3rd and 4th quarters of 2008. It rose to peak at 7.8% in the 2d and 3d quarters of 2009. But policies tempered the downturn and the rate had fallen back to 7% by the 2d quarter of 2010, less than two years later.

Hopefully, the economic impact on Americans in the months ahead will be less severe than suggested by the unemployment figures.

Most are receiving cash benefits from state unemployment programs and Federal assistance under the CARES Act including the Pandemic Unemployment Assistance program for the self-employed.

And most Americans filing for benefits in April were actually furloughed rather than laid off, with many continuing for the moment to receive employer-provided benefits.

The distribution of these benefits has not been a smooth process. One study by analysts at the Economic Policy Institute, for instance, found only half of potential eligible workers are receiving unemployment benefits.

And the Brookings Institution has suggested the data fail to capture the full extent of skyrocketing unemployment. Moreover, the benefits themselves are the subject of bitter partisan debate with Republican officials such as Senator Lindsey Graham vowing to eliminate them.

Will Shareholders rule forever over Americans?

The ad hoc rush underway to paper over wide cracks in the unemployment system is rooted in the U.S. corporate governance system that economists’ term shareholder capitalism. U.S. corporate boards prioritize shareholders at the expense of employees, favoring share buybacks and hefty dividends over labor compensation.

And, of course, it is why 40% of adults entered the COVID 19 recession unable to mobilize $400 in savings.

Meanwhile, U.S. firms such as Caterpillar, Levi Strauss and others are laying-off and furloughing thousands of employees while simultaneously paying $700 million to shareholders in cash dividends.

Wham bam – or the downside of transactionalism

The worker/employer relationship in the United States is mostly transactional, with the OECD documenting scant rights for employees.

Lacking links to Main Street and households, U.S. corporate boards and top executives mostly work in a cloud of like-minded people. When under stress as in the Great Recession, they have proven notoriously quick to fire and loath to hire.

They exhibit the famous French “sauve qui peut” mindset of elites – and mostly focus on protecting their own economic position and finances. That is the logical consequence of their compensation being tied very tightly to profits and the share price.

Amid rampant plant-wide COVID 19 infections, this attitude shows its really ugly face. Too many top managers and Republican Party politicians are hostile to employees, opposing unemployment benefits with some requiring them to work without adequate safeguards.

The U.S. has no social balance

As much as things are out of whack in the United States, it is very much possible to be a successful nation economically and to operate within a capitalist framework that is fair and balanced – and not organized to put the interest of shareholders and CEOs above that of Main Street.

Capitalism can succeed with a framework where employers nurture rather than abandon employees during periods of stress.

The German example underscores that. The country reflects a history of strong labor movements, with larger corporations practicing codetermination. The presence of employee representatives on their corporate boards ensures that enterprise decisions give the same weight to firm sustainability, local communities, workers and suppliers as given to shareholders.

During recessions, Germany workers participate as full partners in government short-work policies called Kurzarbeit which are designed to protect employee incomes. The objective is to sustain a middle class standard of living and minimize the externalities displayed in the United States of social disarray and deaths of despair.

As we saw in April, these time-tested government programs keep a lid on unemployment. They do that by spreading available work, with firms providing paid-leave rather than pink slips.

Redundant private, government and freelance gig workers are receiving paid furloughs funded with social insurance balances accumulated from payroll taxes. The automatic German benefits being paid now are up to 77% of usual pay (and up to 70% in Spain, 80% in France and Britain, and 90% in Denmark).

Unlike the United States, this framework balances the interests of all economic classes including Main Street and shareholders.

As the COVID 19 crisis continues to unfold in the months ahead, U.S. workers and communities will find themselves penalized by a corporate governance structure cunningly crafted to steadily transfer income from them to shareholders.

This is debilitating, especially considering who is running the greatest personal risks now in sustaining corporations amid the crisis.

In a higher quality democracy without pay-to-play, the disjointed U.S. emergency support systems on display would lead to significant changes in policymaking.

In the United States, such hopes – despite the current crisis – may prove elusive. The political reality is that its government economic relief programs are manned by senior government officials too often openly hostile to preserving family incomes. 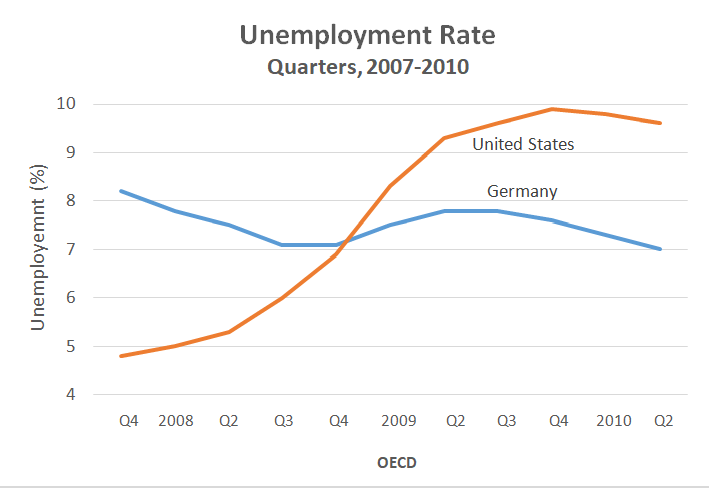